Marconi Station at Derrygimlagh Wins RIAI Award for Best Place of the Year, 2017 The Royal Institute of the Architects of Ireland (RIAI) announced the winners of 2017 RIAI Architecture Awards at a ceremony in Dublin's Mansion House on the 23rd June. Now in its 28th year, "the awards highlight the contribution that architects make to society for the benefit of everyone". Jury Citation: A wonderful playful light touch with consistent rigorous thought making a necklace of architectural artefacts in the landscape as part of a 5km looped walk. A new typology of visitor experience. 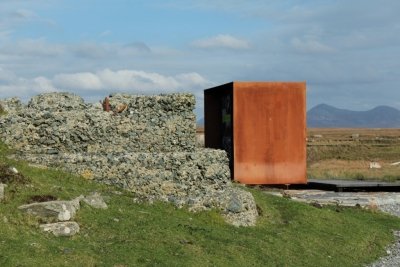